25 Best Piano Songs That Are Beautiful and Emotional 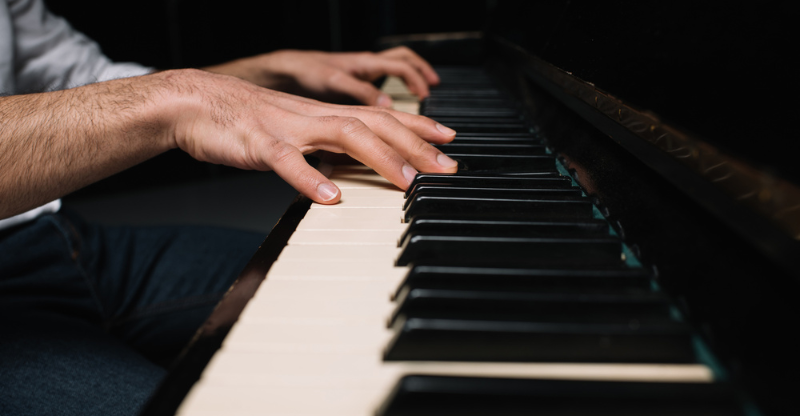 Sometimes, the piano’s simple yet emotional beauty makes a song an instant classic.

Have you been looking for some songs with beautiful piano music? Here are some of the best piano songs for you to listen to if you want to understand the power of the piano.

‘Piano Man’ is a song based on Billy Joel’s actual experiences while playing at The Executive Room in Los Angeles. His first wife is the waitress referenced in the lyrics. The track is about a piano player and the bargoers he encounters while playing music.

Related: Find this song on our list of the best songs about escape.

All of Me – John Legend

This song shows that you learn to love all of the parts of your romantic partner when you truly care for them—both the good and the bad ones. It also talks about how the give-and-take of relationships can create a harmonious balance. The song was written for John Legend’s wife, Chrissy Teigen.

Vanessa Carlton sings of a painful love loss in this track. The narrator would do anything to see this person again and lives in a changed world now that she can’t. The song is featured a capella in the movie Pitch Perfect 2 and plays a prominent role in the comedy film White Chicks.

Related: Is your lover far away? Here are some songs about long distance.

This song is based on a real childhood memory of nighttime swimming. The prominent piano music was played on the same piano used iconically in ‘Layla’ by Derek & the Dominos. The one-and-a-half-minute fade-out within the song is also unique and helps it have an interesting sound.

Related: Check out more songs about swimming, or reminisce with these memories songs.

In this piece, Alicia Keys tells the audience about the feelings that occur when you are truly in love with someone as part of an up-and-down relationship. The song opens with a sample from Chopin; classical songs are fair game for artist reinterpretation, as no rights are tied to them.

Related: Here are some good love songs for him.

This is a traditional African-American spiritual song; Nina Simone’s ten-minute version has made numerous pop culture appearances and may reflect Simone’s own feelings about her sins or the sins of society. The track is based on the Book of Exodus.

Related: Listen to more hymns on our playlist of church songs.

This is an emotional piece where the narrator sings of a “skinny love” that doesn’t have much substance or security. Despite its shortcomings, it’s apparently not a relationship that’s easy to give up on. Bon Iver originally released the song, but Birdy found popularity with her version, which fast became an international hit. It’s been popular in various singing competitions in English-speaking countries.

Related: Hear the original on our playlist of moving on music.

Paul McCartney was inspired by his mother to write this song; she died when McCartney was 14 and appeared in a dream one night, reassuring him. The song’s themes about moving forward in life and trying not to worry too much were a good fit for The Beatles’ final album of the same name.

Related: Check out these easy to sing along songs.

As the title would suggest, this song is based on a novel of the same name and tells the same dark love story. It was Kate Bush’s first studio single and a number one hit in the UK, though many dismissed it as a novelty piece. Here’s a fun fact: Kate Bush and Wuthering Heights author Emily Bronte share the same birthday, exactly 140 years apart!

Related: Read our list of the best songs about books.

Many of this song’s lyrics are based on a menu from a sweetshop in the state of Michigan that John Grant was familiar with. It seems to be a nostalgic song about wanting to revisit one’s past and youth in a place with fond childhood memories.

This ended up being Elton John’s first hit single. The song highlights the naivety of young yet passionate love. John’s frequent collaborator Bernie Taupin wrote the lyrics age 17, but it is unclear if anyone inspired him to come up with the lyrics. John added the music in only twenty minutes.

Here’s a track about traveling on the road and feeling wild and free while living out one’s dreams. The name “Tom Traubert” comes from a friend of Tom Waits, who died in prison. The song also includes parts of the Australian song ‘Waltzing Matilda’ in its chorus.

Related: Headed out? Here are some songs about highways.

The protagonist here asks a lover to stay with him; she will leave soon, probably moving away for good and never seeing him again. At the very least, he would like her to let the moment last a little longer. It is one of two singles from Rhye’s 2013 album Woman.

One of These Things First – Nick Drake

This track illustrates the haunting feeling of realizing that you’ve gotten stuck in life and aren’t living up to your potential or your dreams. The narrator wants a better, bigger life but doesn’t know how to get there. The dreams and potential in this track specifically refer to committing to one romantic partner.

Related: This song is featured on the Garden State soundtrack.

This unique instrumental piece is carried by its piano arrangement. However, its guitar sounds and live strings also give it an interesting sound. Italian DJ Robert Miles found international success with this track, charting and going Platinum in various countries worldwide.

It’s hard to find a music lover who hasn’t heard this Queen classic; it’s one of the band’s most popular releases. While its themes have long puzzled listeners, there are elements of religion and self-discovery within its lyrics. However, the band has always been open to Queen fans interpreting the meaning in their own way.

Related: You can hear this song on our list of funny karaoke songs.

Coldplay’s ‘Clocks’ is about a complicated romantic relationship. There are positive and negative feelings at play between the couple being discussed. Lead singer Chris Martin has also said that the song is about questioning oneself and one’s place in the world—whether the subject is a help or hindrance on Earth.

Related: Do you have the time for these songs about clocks?

Initially released by Tears for Fears in 1982, the Gary Jules version of ‘Mad World’—released for the soundtrack album for the film Donnie Darko—is a haunting and melancholy piece that is one of the most popular versions. Both the original and the piano-fueled cover charted in the United Kingdom.

Related: You may know this song from the Donnie Darko soundtrack.

John Lennon asks listeners to imagine a world with peace and love for all in this quintessential track that exemplifies Lennon’s musicality and vision. Lennon’s wife, Yoko Ono, created the imagination concept; Lennon regretted not giving Ono a songwriting credit on the track, which only lists Lennon as a writer.

Related: Gather round and enjoy the best songs about togetherness.

This song was nicknamed after a Berlin critic described the classical instrumental piece. Its full title is ‘Piano Sonata No. 14 in C-Sharp Minor.’ Its first movement appears improvised and has a unique sound that adds to its appeal. The song was published in 1802.

Radiohead’s lead singer Thom Yorke based this track on the song ‘Freedom’ by Charles Mingus. It talks about the passage of time and the scientific and mystical sides of time as a factor of life. The song was used in a Public Service Announcement for forest fire prevention in the United States in 2003.

Uncertain Smile – The The

Here’s a track that anyone who has suffered from the pains of unrequited love can relate to. A different version was originally released in 1981 titled ‘Cold Spell Ahead;’ the 1982 version features different instrumentals and charted in the United Kingdom on the Singles Chart.

This song describes a gritty experience in New York City’s Harlem neighborhood through the eyes of a neutral observer. Five solo artists have covered the track since its original release in 1967; David Bowie and Lou Reed duetted the track for Bowie’s 50th birthday concert. Bowie’s solo version appears on the Almost Famous soundtrack.

Related: Pass some time with our waiting songs playlist.

After the Gold Rush – Neil Young

While this song is environmentally conscious in parts, it also has more obscure themes of planetary travel and some complex lyrics that are hard to interpret. It also is structured to take listeners through time. Many celebrated artists have covered the track, including Dave Matthews, Patti Smith, and Thom Yorke.

Related: Head over to our playlist of gold songs.

More of the best piano songs: